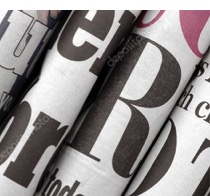 Three-quarters of Thierry Machuel’s published compositions are for a cappella choirs, and he is credited with helping to revive French choral singing. These technically inventive, deeply affecting pieces demonstrate why his music should be so attractive to accomplished choirs like those featured here.

Machuel (b. 1962) draws texts from a variety of writers, including Ossip Mandelstam, Langston Hughes and Rabindranath Tagore. Of especial interest is his chilling setting of the gruesome Strange Fruit, Lewis Allan’s song about lynching primarly associated with Billie Holiday. Horrified disbelief is substituted for the angry disgust of the original tune. In contrast, Hughe’s Homesick blues (Dark like me) is imbued with tender nostalgia.

The Nocturnes are the first in an openended sequence of meditations on the meanings that their title can encompass. Machuel’s ability to impress and discomfort simultaneously is evenmore evident in Über dem Dorn.